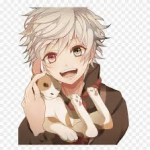 I understand. You guys are discontent with how the chat-room moderation is being handled. As an administrator in the past and the upcoming future, I received immense input on this same topic. However, the concept I feel you all are missing is the fact that the admods do not purposely have it out for certain users, but are equally as exhausted of the chat-room as well. So, I am going to take every single one of your points and debunk it for you guys.

“noticed that the way moderators moderate is dangerously secretive” - Ozzy boo bear Yes, the way moderators moderate is secretive. As somebody entrusted to enforce the rules of chat and possibly beyond, there are a lot of discussions that do happen behind closed doors. That is not something that just happened. It was simply action that happened, seemingly from even before I was promoted in May 2017. Before you hit me with the “just because it was from that period of time doesn’t mean it cannot change” bullet, I would like to mention that bans are typically discussed between Staff, admods, and the actual individual being banned. The reason why this is usually secretive is because of messy situations like this.

“For example, here is a ban today where an admin went to chat, banned the user, then left, without involved in the discussion prior. There was no forewarnings or kicks.” - Ozzy boo bear Yes. That does happen. Sometimes, admods log in and deal with a swift ban as necessary. I know that I sometimes did that. I go out in public often, in real life, and I despise my iPhone. There’s been occasions where I literally only had time to log in, ban, then leave. Assuming that they know nothing about the chat prior is unwise. Furthermore, assuming that there needs to be a “forewarning” or “kick” for every single user who has had an extensive ban history is plain not reasonable. If there’s a history, then over time, it becomes clear that the user has no intention of respecting the chat-room rules, and thus, the ban is justifiable.

“Now I'm well aware there is a Community Central cabal for the admins and mods, where sometimes they will deliberate with one another about a user who they are going to ban and the ban length to impose. This is all well and good. However, simply banning them with the summary of "Custom reason" or "Misbehaving in chat" when it's not obvious is simply lazy and unprofessional.” - Ozzy boo bear I feel like you simply threw the first statement in there for the sake of provoking others. The CC crew is chosen carefully. It just so happens that all of the people chosen follow the guidelines and don’t blatantly disrespect the admods. Saying they are a “cabal” implies you suspect there is some ulterior motive and conspiracy- which is untrue and unfortunate that you believe such. Furthermore, many of the ban reasons have not been elaborated on.. Likely because the banned individuals should know what they did wrong. If somebody entered and began spamming slurs, if I were them, I’d be more concerned about how that doesn’t seem wrong to them, rather than getting banned on a website. Especially if there is a history.

“I feel some of the current moderation team don't care less about other users knowing why they were banned. Having implicit secrecy between the moderation team isn't the right way to go about things in regards to bans” - Ozzy boo bear You are sorely mistaken. At the end of the day, I firmly believe the admods want what is best for the chat. That was (and still is) what I want. When users that have only been back from their absence for only a month and toss out accusations to paint the CC crew as careless and rude, then I think that reflects more on the people who are upset than the actual crew.

“I completely agree with you. I've asked the moderator on the wall but they haven't even responded. There's no reason for my ban, I believe that. Nobody has complained anything and suddenly they banned me” - Lady Furude You wrote your message on this board at 23:16. You wrote on Veralann’s wall at 22:49. You did not even give Veralann - who I know has a job and other life events - a single hour to respond. Admods get very busy too. Also, just because nobody complained did not mean what you said was wrong. Personally, I have noticed you say some particularly insensitive and/or downright rude things when you’re in chat and you believe the moderators are not looking. Combining that, and your extensive ban history.. That should be enough proof for you.

“So effectively there was no warning at all.” - Ozzy boo bear Going off of the last paragraph I wrote - if there is a history that details multiple offenses, I personally don’t believe warnings matter. I moderated similarly. If people ignored 2-3 of my warnings in main chat (without a ban history and assuming they were simple mistakes), I banned for 2 hours. However, I was much more tough on the people who should know better because at that point, it’s clear that they do not respect the line drawn, time and time again.

“I understand this, but S:Cing with my sole opinion I think wouldn't mean much of regulations.” - Ozzy boo bear Then why are you writing this? Are you seeking a regulation change or are you voicing your discontent with the CC crew just to see who will participate? I understand not wanting to S:C regarding regulations, but given the nature of some of your previous comments, I feel like this public forum was targeted and distasteful at best.

“There is a difference between put-downs and constructive criticism.” - EarthlingnAkumi Yes, I agree. Constructive criticism is important, and I believe a lot of the admods do take it to heart and do their best. However, basing a foundation for accusations (with evidence from recent events that are rare as is) makes this appear more as a personal vendetta rather than a genuine concern for the chat-room atmosphere.

“Or even give warnings about something, but have no intention whatsoever to actually enforce the warning and just continue to "warn", basically making it an empty warning. “ - Annabeth and Percy One thing you do not understand is that the policy of Assuming Good Faith is still valid. The admods always do their best to give room for understanding. I type 87WPM. Sometimes, I’d type a warning for somebody to stop spamming, and then somebody would hit send 0.1 second after. I did not kick for that, because I used common sense and tried to relax, because there was a high chance they would not see it. Furthermore, sometimes, admods get distracted. When I was around, because I have been diagnosed with ADHD for my entire life, I often had to tab out and multitask because it was better for my mentality. Doesn’t mean I didn’t care.

“Yeah, they want to argue that they have lives, and I know they do as I do as well, but if they can spend the time to goof around on Discord on a constant basis then they can also spend the time on watching chat as well and not have to rely on other users who actually care enough to sit on the chat and ping them on Discord to do the jobs that they agreed to take on to do” - Annabeth and Percy You do realize that CCC is nobody’s #1 priority, right? The fact that you are implying that admods are obligated to spend 24/7 (which, seems to be the amount of time people in chat misbehave, so I understand your frustration there) is baffling. None of you know what goes on behind closed doors. Quite frankly, sometimes, yes, the admods do want to spend time on Discord rather than participate in chat simply because the Central Chat has become a pool of stress. I was growing increasingly frustrated as an administrator - to a point where I literally cringed every single time I had to enter chat (and I even gave up hours of sleep for it) because the same people didn’t know how to behave. Yes, it was my job. But it does not mean I was required to spend every waking second there, especially when my own mental health was taking a turn around that time.

Now, I have read and responded to all messages on this board to up to 1:00am Wiki time. I am going to give my own full opinion.

A good majority of the users who are regulars in chat are the ones crying wolf about how the rules are rarely enforced. But, when one of them gets banned for swearing or whatever, they get upset over that. So, honestly, yeah, a lot of the admods are probably tired. And many of them (including me) understood that it is impossible to please an entire community. There are always going to be people who don’t like you or your role.

But before users start tearing the CC crew a new one over the chat atmosphere that has always been like this, then maybe they should look at their own actions first.

Retrieved from "https://goanimatev6.fandom.com/wiki/User_talk:Bestdayforever?oldid=1372"
Community content is available under CC-BY-SA unless otherwise noted.